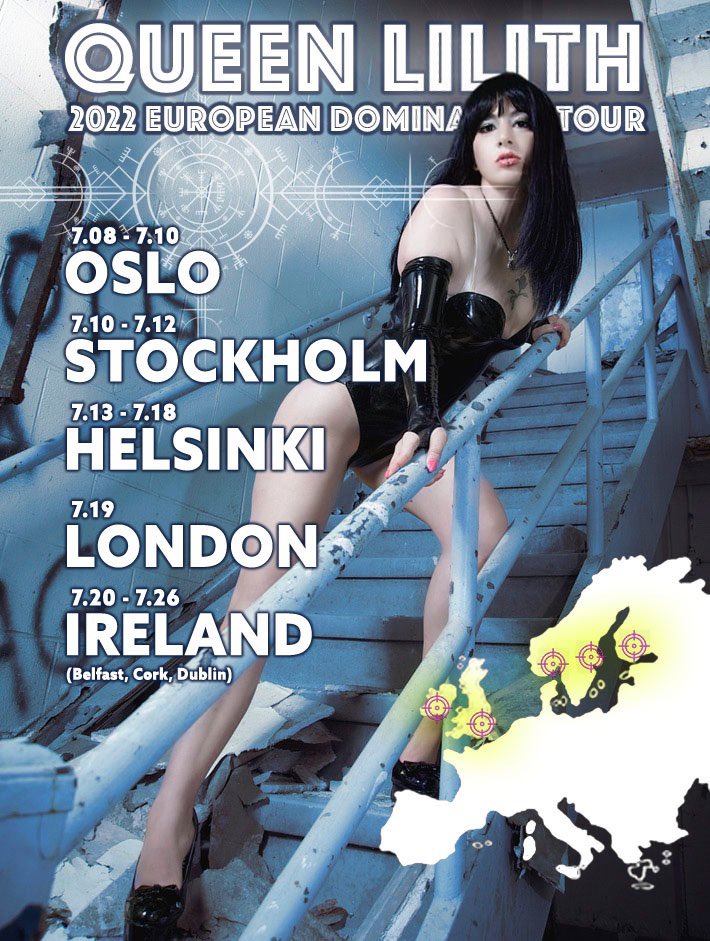 At long last, the Goddess’ long-awaited return to Europe! Dates of the EU Domination Tour include:

If interested in serving, follow the instructions on this page.  This is a rare opportunity to serve in person.  Don’t miss it!! 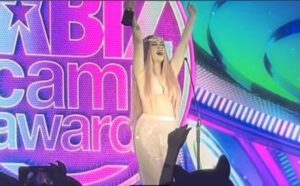 Award-winning, internationally renowned, and bicoastal Dominatrix, Luxury Mistress and Fetish Model, Kink Educator, Certified Life Coach, Reiki Master, and Author Goddess Lilith has won her first XBIZ Cam Award for Best Fetish Cam Model, and she was on hand to personally accept her coveted trophy.Goddess Lilith attended both XBIZ Miami at Sagamore Hotel and the XBIZ Awards at the Faena Forum in South Beach. The four-day well attended event was a celebration after not being held in person for the past two years. The XBIZ Cam Awards took place at the Faena Forum. Wearing a top-baring ensemble with her long, pink tresses styled to cover her breasts, Goddess Lilith shone on the pink carpet hosted by Quincy, and show attendees marveled at her look. She was overjoyed when she won the award for Best Fetish Cam Model. Goddess Lilith grabbed her trophy and thanked her publicist and fans on her multiple platforms for the victory.“I was so happy that I won! This award is one I’ve wanted to add to my collection for some time now. I’m lucky to have such incredible fans who really went the extra mile for me and voted daily.” says Goddess Lilith.

That’s right boys & girls – We did it.  I took home the award I wanted most!  And, I did a celebratory cam show with My cute little  bimbo slave, Minx.  The show was recorded on LoyalFans and will  be posted as a spicy replay for anyone who missed it  >:)