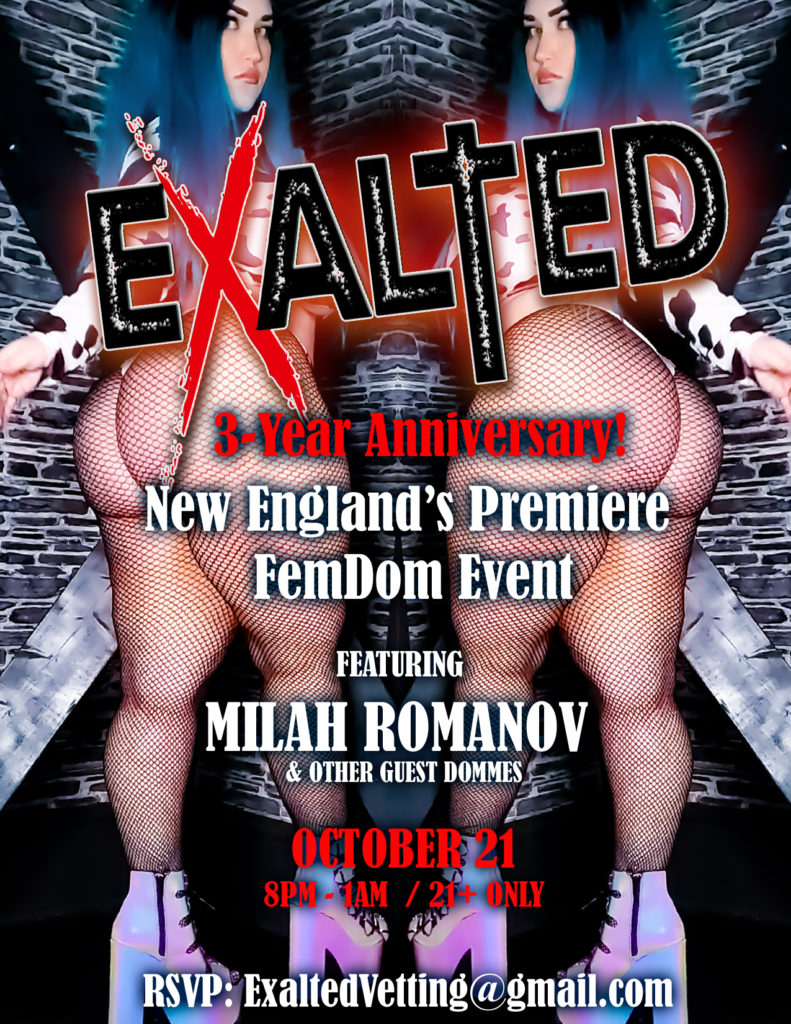 As the years went on, and at the steady urging of both foot models and foot lovers alike, I felt as if the community needed Me! I embarked upon the huge undertaking of resurrecting Boston Footnight, and began running the parties again in 2017. Just a few months later I went bigger, and expanded. With several different locations in New England available, I have proudly been able to bring foot parties to two states for the first time (New Hampshire and Rhode Island), as well as to almost every region of Massachusetts. It brings Me great personal joy to provide a safe space in which to explore foot fetish and appreciation.

The next FOOTNIGHT NEW ENGLAND will be held in Manchester NH area in NOV – Date TBA!! Join the mailing list to be notified when the event is live!